Kayaking to Île d’Ambre and Ilôt Bernache with Yemaya Adventures

Kayaking in Mauritius is definitely a special leisure activity, which is offered by the operator Yemaya Adventures – exclusive outdoor tours from mountain biking, hiking to kayaking. I decided for a tour in the east of the island: 15 km from Poudre d’Or to Calodyne with a stop on the two islands Île d’Ambre and Ilôt Bernache.
Patrick Haberland, the founder of Yemaya Adventures, drove us to the jetty Bain de Rosnay in Poudre d’Or, where the adventure started around 9:30 o’clock. It was pretty cloudy but that didn’t dampen the mood. Besides me, there was a couple of the neighbouring island of Mauritius namely La Réunion participating in this trip, so we were four people including our guide Hemraz. After an introduction how to control a kayak and what warning signs we need to pay attention to we went out on the water.

We headed first for the island Île d’Ambre and its many mangrove forests which we could already see from the shore. Once we reached the passage between the mangroves, the wind dropped and we could get around much easier. In many parts the water is very shallow, which is why you cannot pass these waterways by boat. The area exudes an incredible peace in nature, we savoured every meter we laid back. Afterwards we passed along the coast until we reached the jetty of the 140-acre Île d’Ambre. During a little hike, Hemraz gave us lots of interesting information about the history of the island and the endemic flora. For nearly one century this tropical paradise is anew uninhabited and there is much emphasis on protecting the native plants which are growing there.

Back in the kayak, the bad weather had cleared and the sun was shining. We went further northward to the small beautiful island Ilôt Bernache. To get there, we had to cross a small passage, in which the current was stronger. There was no time for rest, but it was worth the effort. We could already see the bright beach section on the island and after a few more meters we buried our feet in sand. Seven kilometres done, eight kilometres remaining. But now it was lunchtime. Between the filao trees we enjoyed our picnic with a view to the Northern Islands Coin de Mire, Île Plate, Île Ronde and Ilôt Gabriel and afterwards we made a little discovery tour around the tiny island. This paradise offers a beautiful bundle of fine sand beach, black lava rock, tropical forest and a unique view of the other little dream islands to the north that are separated from each other by the shimmering Indian Ocean.

Well rested and refreshed, we had to complete our last eight kilometers on the open sea. The slight swell was quite an adventure for going by kayak. After seven kilometers of mixed feelings due to having fun adrift, taking pleasure in the sun and fearing the waves which met my kayak sideways and flooded it from time to time, we could enjoy the last few meters in the bays between Grande Gaube and Calodyne before this adventure came to an end in the afternoon.

With hindsight, this trip was unique and brilliant – a day which is one of the best I’ve experienced in Mauritius. Everybody who is not afraid of the water and the effort should definitely include a kayak trip with his stay in Mauritius. In reward you get a day in harmony with nature and apart from the tourist hustle and bustle. 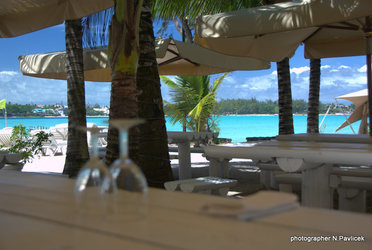 To reach my today’s destination, I have to traverse almost entirely Mauritius. My path leads me towards Mahebourg, close to the airport, at Plaisance. The morning traffic does not bother me, full of anticipation for my day. It goes to “Ile des deux cocos”, probably one of the most beautiful [...] 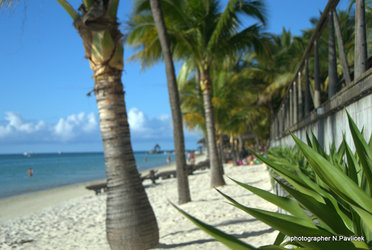 My current workplace is the beach of Trou aux Biches, only two villages away from Grand Baie and also very close to the beach of Mon Choisy. White sandy beach, turquoise water and the sunshine are my office today.Along the rambling beach, it is not hard to find a place [...] 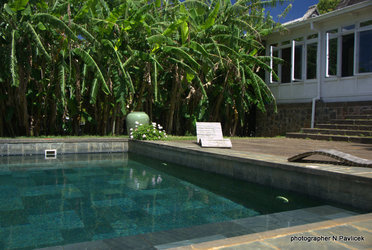 Mauritius has a centuries old history, that is why I choose to visit the ‘Eureka Villa’ in Moka, which is only a few kilometers away from the capital city, Port Louis. Eureka is a colonial mansion built in 1830. During a walk through the house, you will be transported to [...]